The tomb is part of a large royal Thracian necropolis in the Valley of the Thracian Rulers near their ancient capital of Seuthopolis in a region where more than a thousand tombs of kings and members of the Thracian aristocracy can be found.

It comprises a narrow corridor and a round burial chamber, both decorated with murals representing a Thracian couple at a ritual funeral feast. The monument dates back to the 4th century BCE and has been on the UNESCO protected World Heritage Site list since 1979. The murals are memorable for the splendid horses and for a gesture of farewell, in which the seated couple grasp each other’s wrists in a moment of tenderness and equality (according to Lyudmila Zhivkova—a view that is not shared by all specialists). The paintings are Bulgaria’s best-preserved artistic masterpieces from the Hellenistic period.

To preserve the sensitive paintings, the tomb is not open to the public; a full-size replica was built nearby.

The seated woman of the murals is depicted on the reverse of the Bulgarian 50 stotinki coin issued in 2005. 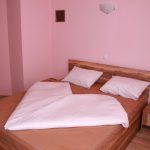 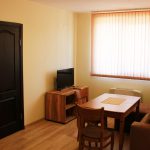 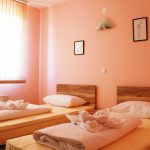